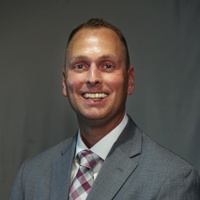 Drew Gore is the proud Owner of OneIndiana Financial Group, a General Agency appointed with the insurance companies of OneAmerica® in the state of Indiana.  Drew’s Firm comprises of a variety of Financial Planning help to the public and to their clients, including understanding how income streams work in retirement, retirement income distribution planning, investments, wealth building, risk management, social security income planning, protecting against the consequences of an extended care LTC situation for the family, risk management, estate planning, taxes, etc…

Drew grew up in Monrovia, IN on a farm and is a graduate of the University of Evansville, where he was also a member of the Men’s Basketball Team.  Upon graduation from college, Drew served as a financial advisor in Tampa, FL for MetLife and through great mentorship and success as an advisor, Drew transitioned into a leadership role, mentoring 20 advisors throughout the Tampa Bay region.  From there, Drew and his wife Kim have always called Indiana home and moved back in 2009 to help lead Prudential throughout the state.  Credit to the great mentors Drew had around him then and in his past, Drew built a successful team of advisors around the state of Indiana.  In 2015, Drew fulfilled his dream of owning a Firm and began working with the companies of OneAmerica based out of downtown Indianapolis.  Since 2015, his Firm has grown to over 25 career agents, 50+ brokers, won the President’s Trophy (Firms in 1-3 years with the companies of OneAmerica) and the Dayton Molendorp Award (all Firms with the companies of OneAmerica based on recruiting and success of those new agents to the Firm and OneAmerica).  Drew has served on multiple boards and currently serves on the Executive Leadership Team for the Alzheimer’s Association of Indiana, The Skyline Club Board of Governors and President of GA’s for the companies of OneAmerica.

Drew works diligently on providing the long-lasting, positive experience and mentorship that the Firm’s agents, clients and public deserve to have, when dealing with important financial planning or decisions.  Drew also coaches youth basketball in the Indianapolis community and loves mentoring and passing on knowledge he was so graciously given by his past coaches, throughout the years.

Drew lives in Zionsville with his wife Kim and their three children.